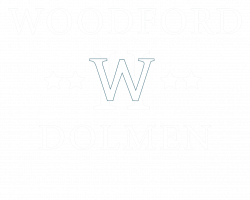 Keeping Everyone Entertained at no extra cost

The mysterious and majestic Brownshill Dolmen has captured the imagination of visitors for centuries. Located 3km east of Carlow town, the capstone of this impressive megalithic tomb is believed to be the largest in Europe, weighing some 103 tonnes.

Brownshill Dolmen is a magnificent granite capstone, weighing about 103 tonnes, has excited the interest of historians and antiquarians for centuries. An enormous slab sits on two portal stones which flank a door stone and slopes downwards to the west, where it rests on a low boulder.

Visit the Brownshill Dolmen to truly experience a piece of prehistoric Ireland that experts belive the date of construction has been estimated at between 4,900 and 5,500 years ago in all its glory

With a mission to enrich, inspire and improve the everyday through art, the VISUAL is a must-see on any visit to Carlow.

A ten minute drive from the hotel, all galleries have FREE admission. Explore thought-provoking and inspiring exhibitions from Tuesday to Sunday weekly, open 11am to 5.30pm.

Carlow Town & Milford: Combines a walk along the Barrow Way long distance walking route from Carlow Town to Milford combined with a boat trip on the River Barrow and a visit to Delta Sensory Gardens or a 2-hour self-guided tour of Carlow Town.

Duckett’s Grove, the 18th, 19th and early 20th century home of the Duckett family, was formerly at the centre of a 20,000 acre (8,093 hectares) estate that has dominated the Carlow landscape for over 300 years. Even in ruin, the surviving towers and turrets of Duckett’s Grove Walled Gardens and Pleasure Grounds form a romantic profile making it one of the most photogenic historic buildings in the country and a castle in Ireland to visit.

There is also a playground located within the pleasure grounds of Duckett’s Grove which is a great new addition for all the family to enjoy. Universally accessible and finished in wood this rustic and aesthetically pleasing playground has been completed taking its natural surroundings into consideration. The playground features slides, poles, an obstacle course and lots more to enjoy.

The South Leinster Way is a long distance walking route which starts from Kildavin, Co. Carlow to finish in Carrick-on-Suir in Co. Tipperary covering 102 kilometres (64 miles) in length and ascending some 1600 metres. FREE to visit and walk. Estimated length of the walk is 5 days.

It is a route that passes through varied terrain, including the heathery flanks of Mount Leinster (796m) and Brandon Hill (515m), a fine riverside stretch on the River Barrow, a large decayed demesne, and coniferous woodlands, but it finishes with a long stretch of 30 km on quiet tarmac roads.

Maps and other information on South Leinster Way

Explore Carlow from The Woodford Dolmen Hotel. A Comfortable stay awaits, after your adventures!